Infographic News You Can Use, Courtesy of The New York Times

Nonprofits often feel challenged to simplify complex issues, and infographics can sometimes help. But there’s a lot of strategy that goes into developing a useful infographic. This infographic-based New York Times article is a model for us all.

There isn’t a whole lot more complicated these days than the report filed by Special Counsel Robert Mueller on coordination between the Russian government and the Trump 2016 presidential campaign. The Administration redacted one out every 10 words in the report, but spun those redactions to journalists as “light.” That left readers with a difficult choice: take the Administration at its word on an issue where it has a political interest; or read a dense 450 page legal document released in the middle of a workday.

The Times offered readers a great resource, by reading the report for us and summarizing where the redactions fell within the document. The addition of a spot-on infographic made that analysis even more useful. 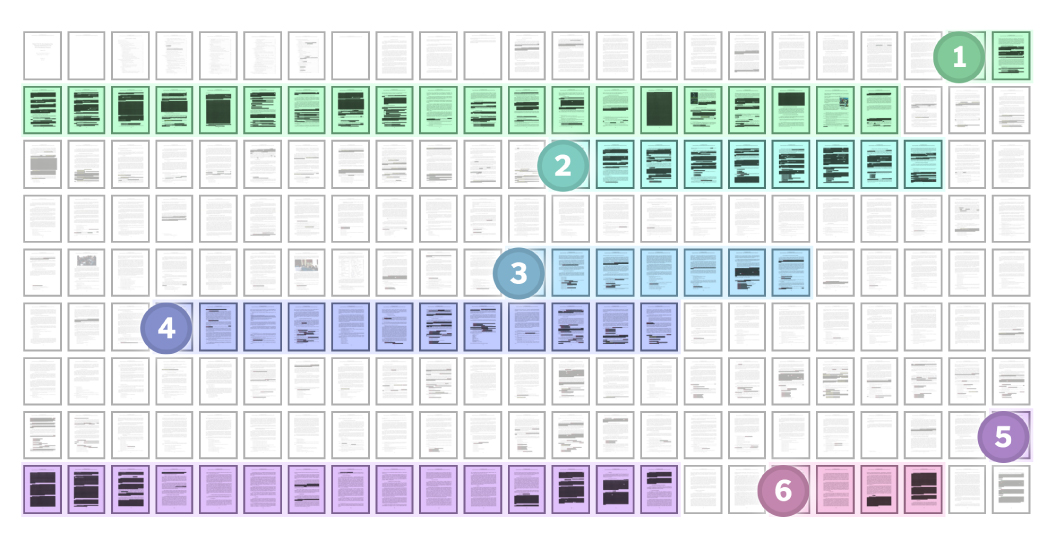 That simple infographic uses tiny thumbnail images of the report’s pages to show the sections most heavily redacted by the Administration. But it makes that information useful to readers by using color-coded shading to identify the topics addressed by those sections of the report. We still don’t know what the Administration redacted, of course. But the Times’ infographic shows at-a-glance what topics they’re most concerned about.

So, what lessons can nonprofits take from this example? Here are three: